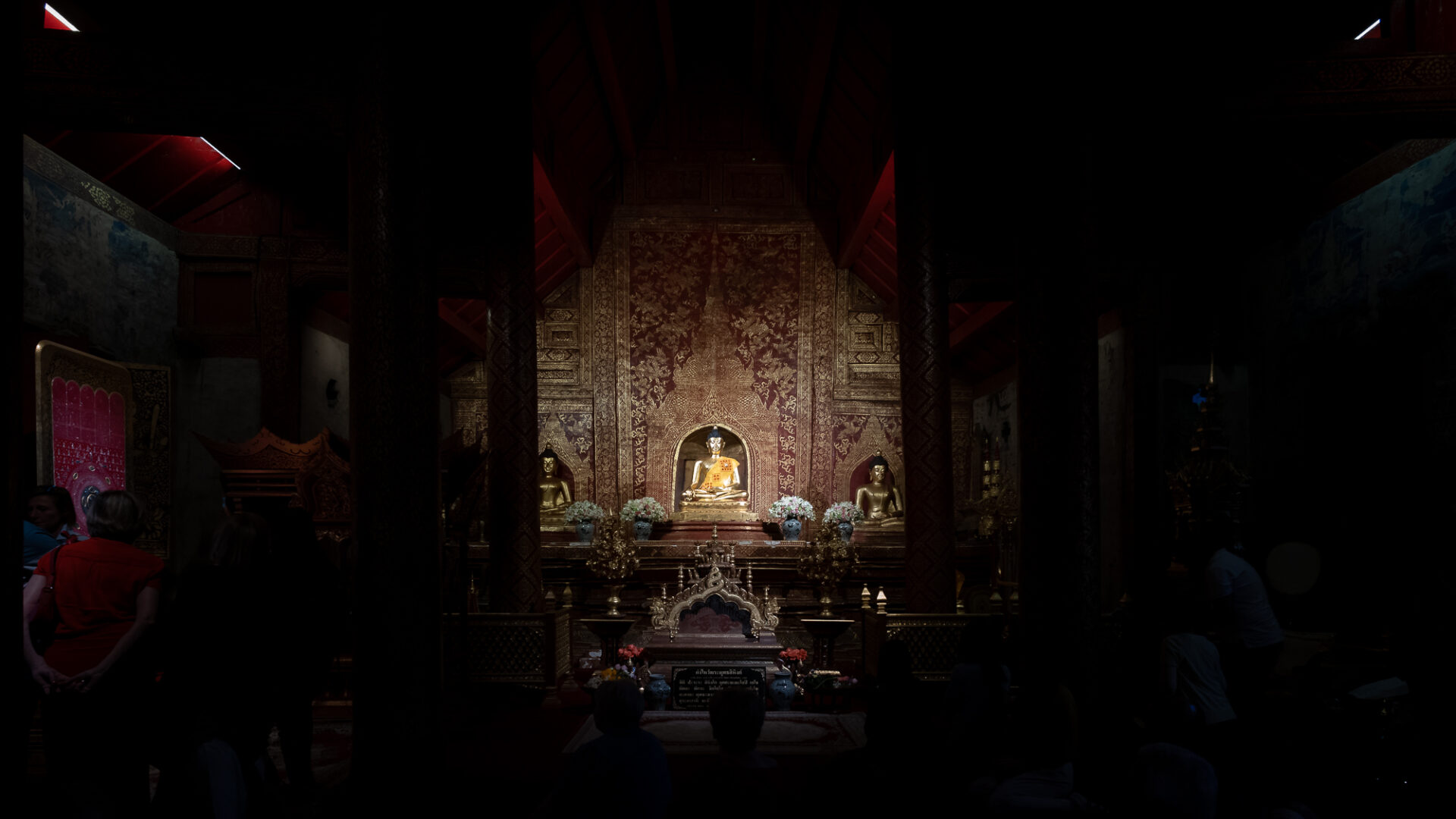 This is my fourth city after Nagano, Kyoto, Kagoshima and Nagasaki of my jobless south tour of Japan. The way the route was designed is to go as far as I can first (long train journeys) and then move to shorter ones. In fact – after looking at the last 4 cities. It may not be a bad idea to have long travels on the train as long as those are Shinkansen.

According to Wiki – Japanese: çiɾoɕima) is the capital of Hiroshima Prefecture and the largest city in the Chūgoku region of western Honshu – the largest island of Japan. Hiroshima, a name meaning “Broad Island”, gained city status on April 1, 1889. On April 1, 1980, Hiroshima became a designated city. As of August 2016, the city has an estimated population of 1,196,274. The gross domestic product (GDP) in Greater Hiroshima, Hiroshima Urban Employment Area, is US$61.3 billion as of 2010. This is 1/5 of Malaysia with 1/30 of the population!!!

A notable event in the past that I assume most people are aware off is the fact that Hiroshima was bombed by Americans back on 6th August 1945. Hiroshima was the first out of two cities that were bombed. Second one was Nagasaki – a city that I just visited few days ago! One of objective in this visit is to learn as much as I can about Hiroshima and it’s history so that I can appreciate the city.

After checking in the hotel – I walked thru the Hondori shopping area. This went intentional. It’s just that this was the best way to get to the atomic bomb remnants. It’s a straight covered walkway with a lot of shops surrounding it. There’s not much for me to buy to be honest! Though I did saw a shop selling Cremia. I have not had one “properly” since I landed. The last one that I had in Kanazawa Station, I was still nursing a flu and could not taste properly the ice cream. Since then, I could not find one.

After a good night sleep (I must say a very good night). The hotel here in Japan has very comfortable bed. Example – S-Peria bed in Nagasaki uses Simmons. And Washington Hotel in Hiroshima, not sure but it’s good! Yah back to the story, after a good night sleep… I then went to Miyajima (Island). Miyajima is not far from Hiroshima. About 45 mins train ride using JR or an hour using tram. I used JR train because I have the JR rail pass. Hehe. Need to make full use of it! It’s not cheap.

Itsukushima, also known as Miyajima, is a small island in Hiroshima Bay, western Japan. It is known for its forests and ancient temples. Just offshore, the giant, orange Great Torii Gate is partially submerged at high tide. It marks the entrance to the Itsukushima Shrine, which was first built in the 12th century. Nearby, the Museum of History and Folklore has cultural artifacts in a 19th-century merchant’s home.

Well for me – the reason why I went to Miyajima is to eat! All because this video from John Daub – a channel that I follow on YouTube! The video is here:

First there were oysters!

See the key word? Oysters! Haha. I had few types of oysters:

The only way that I didn’t have was boiled. I thought boiled oyster is such a waste of good seafood (standing up for what I think is right!!!).

Then there were Anago

Apart from Oysters – I also overdosed on Anago. Remember Anago not Unagi. I remember a friend who was scolded by a Japanese chef for saying that the eel that he ate is unagi. Haha. Well for a person who never been to Japan, you probably cannot differentiate between Anago and Unagi. Anago is conger eel. Unagi is fresh water eel whilst Anago is salt water eel. That’s the difference. Anago tastes so much better and heavenly texture. 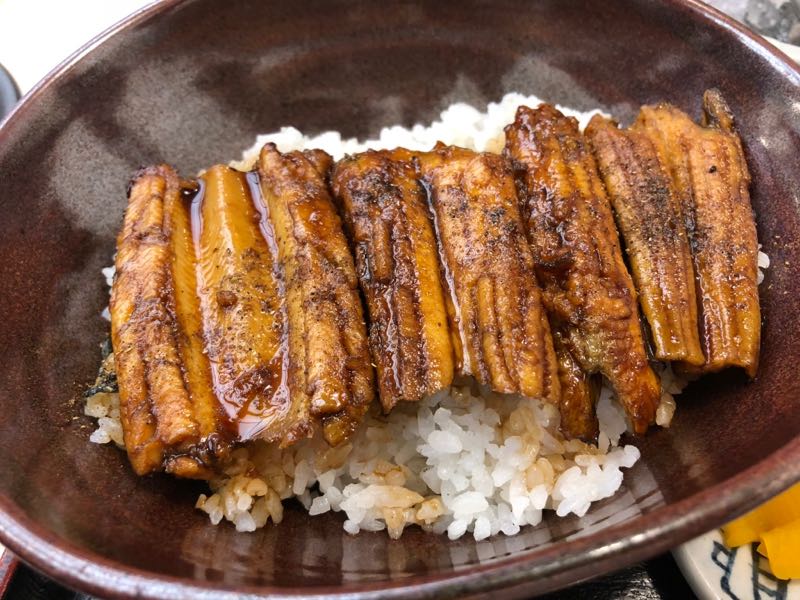 Momiji in its literal translation is Japanese maple. The shape itself you can see is like maple leaf. In fact in the forest of Miyajima – you can see a lot of this tree around. Momiji Manju is a delicacy in Miyajima, in fact probably the whole of Hiroshima as I saw this almost everywhere in Hiroshima!

The female manager of the Ryokan (inn), Okami asked a Japanese pastry chef, who often had business dealings with her, to make something special for Miyajima. This is said to have been the beginning of Momiji Manjyu.

There are many flavors like chocolate, custard, maccha, cheese, and also smooth red bean inside the maple shaped castella. We can taste freshly baked Momiji Manjyu in Miyajima.

Another story of the origin of Momiji Manjyu is that when Hirobumi Ito visited Miyajima during the Meiji period, while looking at the charming hands of the girl working at a tea house, he said to her jokingly, “How tasty it would be if I could eat baked sweets shaped like maple leaves.”

The female manager of the tea house was listening to him and made Momiji Manjyu from the scatterd maple leaves as her motif. Since then, more research has been done to improve the ingredients and the method. Now it has become a special sweet worthy of praise not only in Miyajima, but also in Hiroshima.

After gobbling all the great food. It’s time to exercise! First stop is to walk to the edge of the island and visit the Itsukushima Shrine. You can’t miss this shrine as this is right smack in front of the floating tori. You have to pay JPY300 to get in and walk around. There are additional fees for treasure hall but I as always can’t be bothered to go to the treasure hall.

One you get in, it’s actually pretty nice. Walk thru the long walk ways and head towards the center of the shrine where you see the tori right smack in front of you. Note that tori are meant for a gate and that’s why you see them at every shrine.

Mount Misen is the tallest mountain on the island. To get there, will need to get onto a ropeway. It is quite fascinating – the view I must say. I didn’t managed to hike all the way up because it was way too slippery and I didn’t want to fall. Not during the second week of my four weeks holiday!

This was one of the best part of the trip. Amazing…