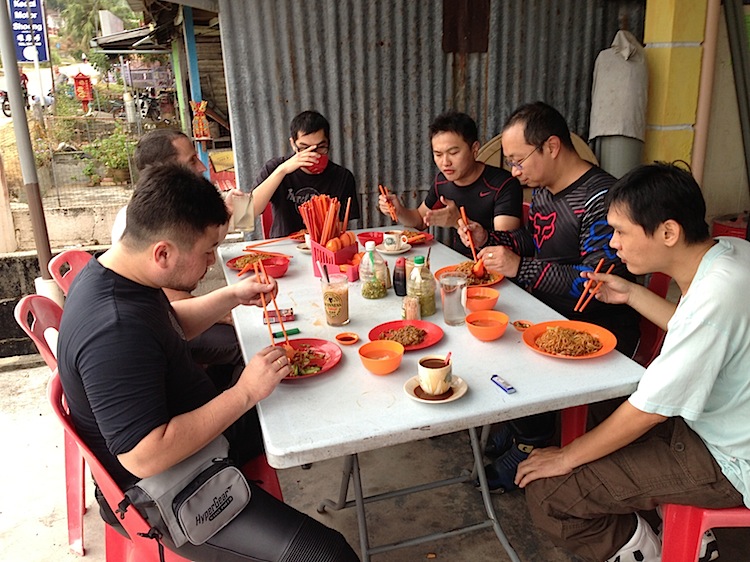 Another round of riding before the Chinese New Year. Likely this will be my last ride before the holidays. I’ll be away for 1 week in Abu Dhabi – so no riding then. Today, went out with the boys thru Klawang. Now go via the Tekali road instead of Sg Lui. The road is technically closed to traffic but can still have access in. It’s kinda dangerous since its unstable ground, but I was assured by Frankie and Joel that there’s only one landslide, and the rest of the road is perfectly clear. As the roads are blocked from lorries and cars, its generally quite safe, minus a few cracks here and there along the road.

This is the view of the landslide in Klawang. It’s about 500m from the blocked entrance thru Tekali.

The boys having their wildboar noodle thingy (i think), I just enjoy my coffee. Banana in the morning is enough as yesterday was a crazy cholesterol boosting day!.

Saw an uncle and his pillion rider!

The doggy said, when I grow up I want a GS!

Quick breather before heading to Klawang (more like waiting for me …).