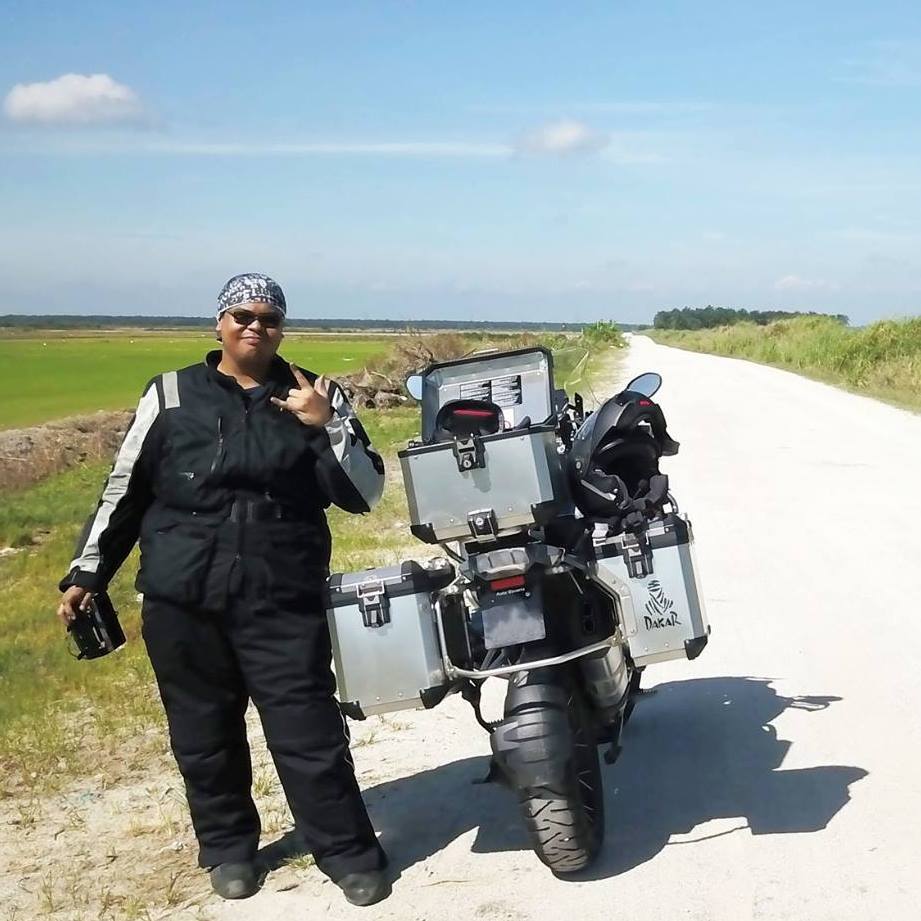 It has been quiet a while since I last posted on this blog. I have been doing a lot of riding every week. Clocking mileage for my bike. A lot of them. In fact in the past couple of weeks since I picked up my bike I have clocked almost 3500km. Its great.

The photo below shows me on my bike along a dirt road parallel to the paddy field somewhere in between Teluk Intan and Kampar.

The photo below shows my bike along the same road.

Trended: Diamondback hook.Honestly – there are a couple of reasons why I bought this bike. I could have stayed with my RT but the problem with the RT is that I won’t be able to go places where usually I don’t go. I.e. going for dirt road like this. Not that with the GS I have the balls of riding thru it!

But I guess as I ride more I will be better at it. The problem with riding the GS Adventure is that it is extremely heavy. Heavier than shit. With fully loaded fuel – it is hard to lift! But I guess as I get better at it, I will be more confident to do complex steering! Like U turn and shits.

So – I woke up, shower and rode off in the morning! Here is somewhat my itinerary:

KL – Sungkai via E1 – boring ride to Sungkai. Straight boring highway ride, but I wanted to get out of the city the fastest possible without encountering any traffic. My bad, the highway was so damn heavy. At Sungkai – I had some breakfast near Pasar Sehari. I must say the nasi lemak there was really good.

Sungkai to Teluk Intan From Sungkai I rode thru the B roads to Teluk Intan. I’ve used these roads a lot of times. Its all familiar. I was trying hard to avoid Road number 1 because that central spine road is really busy.

Kampung Gajah to Kampar After reaching Kampung Gajah – I head over to Kampar. Thru old roads passing over old mining villages. Also I was wondering if I would be seeing the tin dredges at Chenderoh. Honestly I don’t know if those dredges still exist, but if they do – it will great on the drone. Unfortunately no. Didn’t see any!

Kampar Once I reached Kampar – I stopped over for a quick drink and ABC. Foong Mun ABC la.. I’ve been here before. It was way too sweet to my liking though. Maybe next time need to ask reduced sugar. Then again, its ABC – it’s fully laden with sweet!

Kampar – Home From Kampar – I rode all the way back. Feel very long because it was extremely heavy. Super heavy indeed. There were a few cars that were very fast. Pretty annoying indeed.