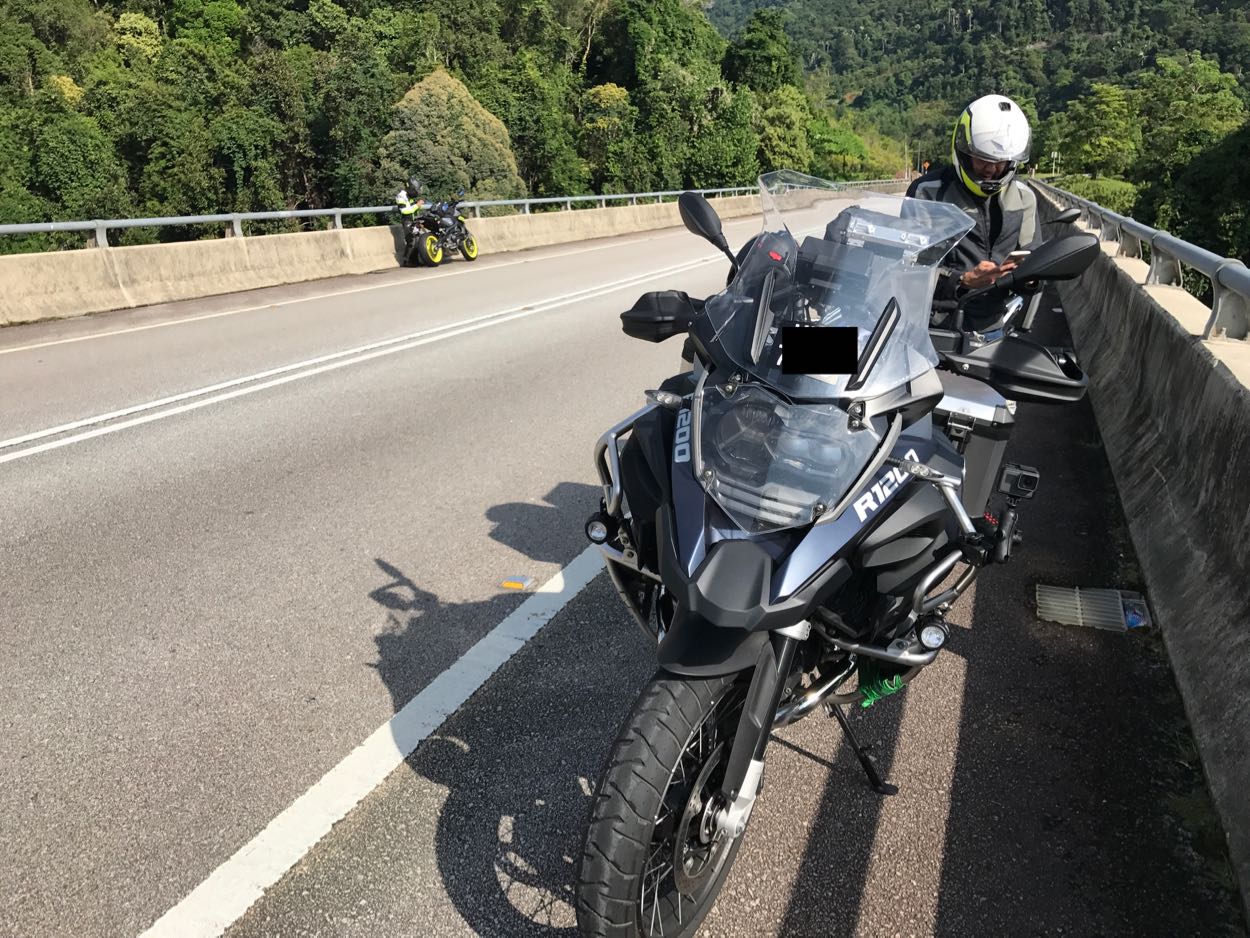 back in 2014 I wanted to change my motorcycle. I initially ordered an adventure bike which is the GS Adventure. It was my dream bike. The bike was used in the show Long Way Round. At that time, I was doing a lot of adventure motorcycling around Malaysia. I love exploring small villages all around. Going through very small roads with no plans at all.

Every Friday night, I will open Google Maps and look for new roads to explore. I will try to find the most remote roads that is accessible by my motorcycle. Occasionally I will also check the condition of the roads. Next morning, I will get my bike and ride all over the place. Sometimes I will clock almost 500 km in the day. I will start early in the morning and finish my adventure late in the evening. It is very fun.

I remember, when they launched a new motorcycle they were two models that will launch at the same day. The initial plan of the GS adventure was shelved when I saw the new RT. the RT was a dream bike when I first started riding. I was so engrossed with the BMW video that shows a couple riding across Norway. The video below:

and I’d end up buying the RT versus buying the GS. I did enjoy using the bike for a long period of time. But what I noticed is that I’m not able to do a lot of exploration anymore. Which was one of the reasons why I wanted to get a bike. The RT is a great bike. Along the highway, I can go and really high speed and still sit down comfortably. But when I get into the B and C roads, I get into trouble. It is just so difficult to ride the bike on non-highways. Whenever that potholes, I will scream for my life. And I felt restricted with this bike. I slowed down my riding and didn’t clock the mileage that I could have clocked.

Anyway, I went to BMW showroom. I saw the GS adventure again. I fell in love. I met my sales advisor and asked him whether he takes trade in for my current bike. And to my surprise he said yes. The best part I got a very good value for it. The reason being is that my RT is not locally made in Thailand. When I calculated the amount of money that I need to fork out to buy the new GS adventure, I realised that I can afford it. I call the supervisor again and told him that I wanted to make an order. And I did.

Last Saturday, I picked up my new bike. It is such a beauty.

So far since Saturday, I rode almost 500 km. It is such an awesome experience to ride the bike. Last Sunday I went to write with my ex colleague. It was awesome. The video below shows the ride: