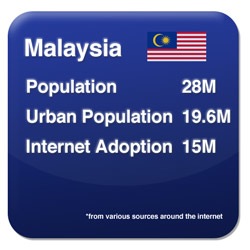 “Crowd Sourcing” has been employed by many Internet-based companies to perform “minion-suitable” tasks. Example of such tasks are keyword tagging for photos, testing usability of forms and URL link tests. One good example of a company which takes advantage of this service is Amazon-owned Mechanical Turk (www.mechanicalturk.com). This company acts as the middle-man for “Crowd Sourcing” based work. Businesses can engage Mechanical Turk to gather the crowd (referred as Turks) to perform simple tasks. Each of the Turk will need to go thru a simple test to determine their suitability. By getting this information, Mechanical Turk would be able to employ the right Turks to perform the right tasks.

Having said that, there are definitely a lot of ways that this concept can be employed. The model, which relies on two fundamental elements; people and task. Obviously, employing people to perform a certain task-would require the “employer” to give compensation. As the task is simple, perhaps can even be a no-brainer, would only cost the employer a small cost. In fact, if we take an example of a simple task; extracting numbers out of a set of 1 million pictures. Assuming, the pictures are of different quality and different font (for the numbers); it would probably cost the employer millions of dollars to just set up a system that would be able to decode such things. It could be cheaper paying 5 cents per picture to a 1000 people. In fact, it will probably be faster to do that manner.

Malaysia – is estimated to have just above 28M population in the year 2009 (http://en.wikipedia.org/wiki/Malaysia). Based on that, approximately 70% percent is urban (http://globalis.gvu.unu.edu/indicator_detail.cfm?IndicatorID=30&Country=MY). Urban in this sense should be people who stays in area where there’s decent facility for water, gas, electricity. Therefore places that is really remote, is considered non urban. Its safe to say than, 70% of the population of 28M, which translates to 19.6M is urban. In addition to that – based on statistics of World Bank, 15M of the population are internet users. What this statistics say that, Malaysia has very good population that can be mobilized to perform some of the “tedious” duties for the government.

The hypothetical project is to tag a traffic offence photograph with the plate number. Based on my knowledge (which I maybe wrong), the system to perform character recognition is very expensive. The image processing needs to be smart enough to handle different types of scenarios, such as brightness, weather, fonts and angle. A human brain, which many many times more powerful than any computer would be able to handle the different factors easier. On top of that,one would just need to be literate to be able to perform the function. By having many citizens to sign up for this hypothetical program, the process of tagging would be so much faster and accurate.

In fact, one might argue that accuracy would be a concern here. But, by using common concept of “Second Opinion”; the concept might just work. What I meant is that each of the photograph would need to be tagged by two anonymous person. If the photograph are not tagged with the same number, the system will assume this to be in reject and would need to either be forwarded back to the pool for retagging, or to a group of internal business users (where in this case is traffic cops).

This hypothetical project in a nutshell employs citizen of Malaysia to perform simple yet tedious task of tagging the plate number of traffic offenders. The hypothetical project can be a start to a National program of employing the citizen with simple tasks that need to be done by government servant.

The benefit of this hypothetical project is that, the Government will save millions of dollars from spending on expensive recognition software and hardware. In addition to that, it will provide a good socio-economy impact where the wealth of the country will be shared with the people. Indirectly, this will also create a useful need for families in non-urban areas to get access to Internet. Anybody should be able to go into this program – thus creating a good source of income to students and house wives.