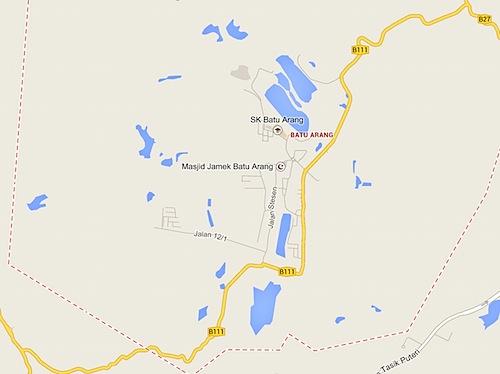 One of those days I decided to go out and shoot some photos 🙂 Little nice town that’s awesome for casual shoot. Shot with M9P and 24mm Lux.

Batu Arang is a town about 30km from KL. It’s somewhere along the road on the way to Kuala Selangor. According to wiki – Batu Arang is a former coal mining town in Selangor, Malaysia. Apart from coal, Batu Arang was also known for its brick manufacturing. Today it no longer supplies coal and holds no significant role.

Machas in Indian Barbershop a long in the old shophouses in Pekan Batu Arang.

Urban decay of a flat face brickwall along the main Batu Arang road.

Kitchen in the Kopitiam that we chilled. Francis met his Hainanese clan there.

Aunty making the kopi c kosong for us.

Hainanese uncle discussing some business matters with a fellow resident of Batu Arang (i think).

Old guard of a bicycle shop. Perhaps closed due to public holiday.

Family peeling garlic for use in the Mamak stall along Batu Arang road.