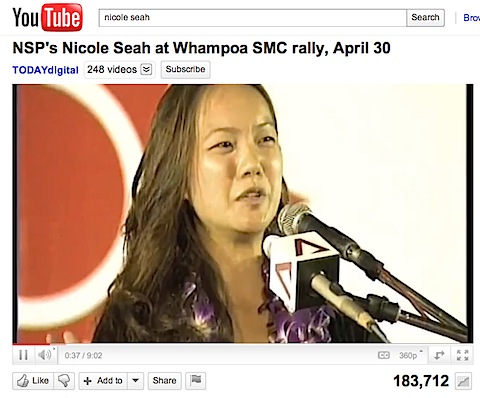 Election is the time where the citizens will be given the opportunity to vote for their leaders. Being in a non-connected world for a very long time, we have always been subjected to normal media to get our news and information. With the evolution of Social Media, the landscape has totally changed.

In fact, if you look at the previous General Election in Malaysia, you can see that social media has definitely impacted the results. Social media in play during that time includes:

As a result of the election, now the current Barisan Nasional leaders are using all sorts of Social Media to ensure that they are kept relevant. How much will it impact the next election? Hard to say because even the opposition are also using as much Social Media as the Barisan.

Anyway – looking down south where the election is still running, we can see there’s probably more action on the social media world than on the real world. From Facebook to youtubes, you can really see a lot of stuffs! Just google for Nicole Seah – you probably going to get few thousands results.

With Social Media, people are more connected and with that the power of collaboration is unleashed. Results will definitely will be amazing – but do take note, the results can work both ways. Just look at Egypt and the whole middle east in the last few months. The uprising started from Social Media(Facebook) – and look at what it brought the nation. Yes, it did bring change, but with that it also brought in violence. I am not saying that we should not use Facebook to push for change, but we should also take responsibility to not promote violence.

Politics and Social Media are here to stay, regardless of what the current power going to do about it. Social media brings in wide collaboration opportunity – and this will allow anybody and everybody to share their opinion and get other people to here what they have to say.