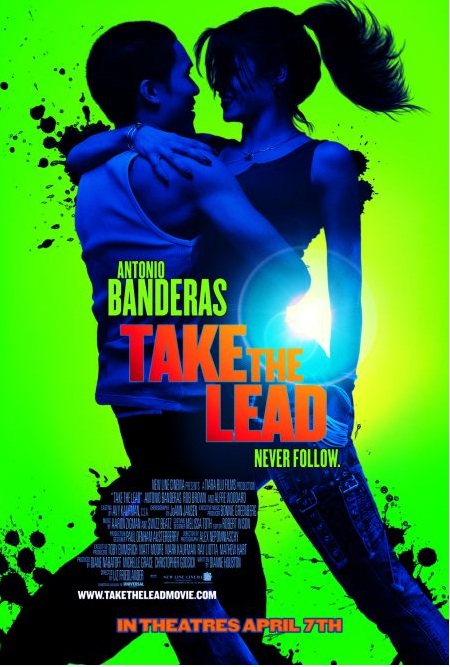 Yesterday, I was at my friends place for some makan-makan. We all then watched “Take The Lead” – Initial impression, just another boring movie.. acted by Antonio Bandreas (truthfully, not my favourite actor.. showing more balls, then acting.. )…

Anyway, I must say.. the movie is really good… suprisingly. Its a must watch!.. Well.. i am a sucker for true-story anyway.. heh heh

Well.. the story is based on this chap..

<-- Real-life Dulaine with the screen Dulaine.. He he Quote quote from Wiki-wiki.. Pierre Dulaine is a dance instructor who was the influence for the main character of Take the Lead. He is also a real leading dance instructor in the inner part of New York City, and his teachings has brought his techniques all across schools in the U.S. Today, there are more than 20,000 students across the country that use and teach Pierre Dulaine’s dance techniques. He, however, is very popular and widely known throughout New York City and the inner city area of New York City.

Pierre Dulaine and Yvonne Marceau, founding artistic directors of American Ballroom Theater, are internationally renowned performers and teachers. They are the 1993 recipients of the prestigious Dance Magazine Award for their contributions to the field of dance, as well as recipients of the National Dance Council of America Award in 1992 and the Dance Educators of America Award in 1990. That same year, Mr. Dulaine and Ms. Marceau were awarded the 1989–1990 Astaire Award for “best dancing on Broadway” in the roles they created and choreographed as the mellifluous couple in Tommy Tune’s Grand Hotel.

As educators, Mr. Dulaine and Ms. Marceau have been guest faculty members at the School of American Ballet since 1986 and The Juilliard School since 1991. In 1994, they transformed their performing company into the outreach program Dancing Classrooms, which in 2005 taught ballroom dancing in 68 schools in all the New York City boroughs. Starting from a single school, they, along with 34 teachers, currently reach nearly 8,000 10- and 11-year-old elementary school children each year. Their program is the subject of the current documentary hit film Mad Hot Ballroom and a fictional film, Take the Lead, based on Pierre’s teaching experience and starring Antonio Banderas, was released in 2006.

Wah.. this fella was in Julliard.. not bad..